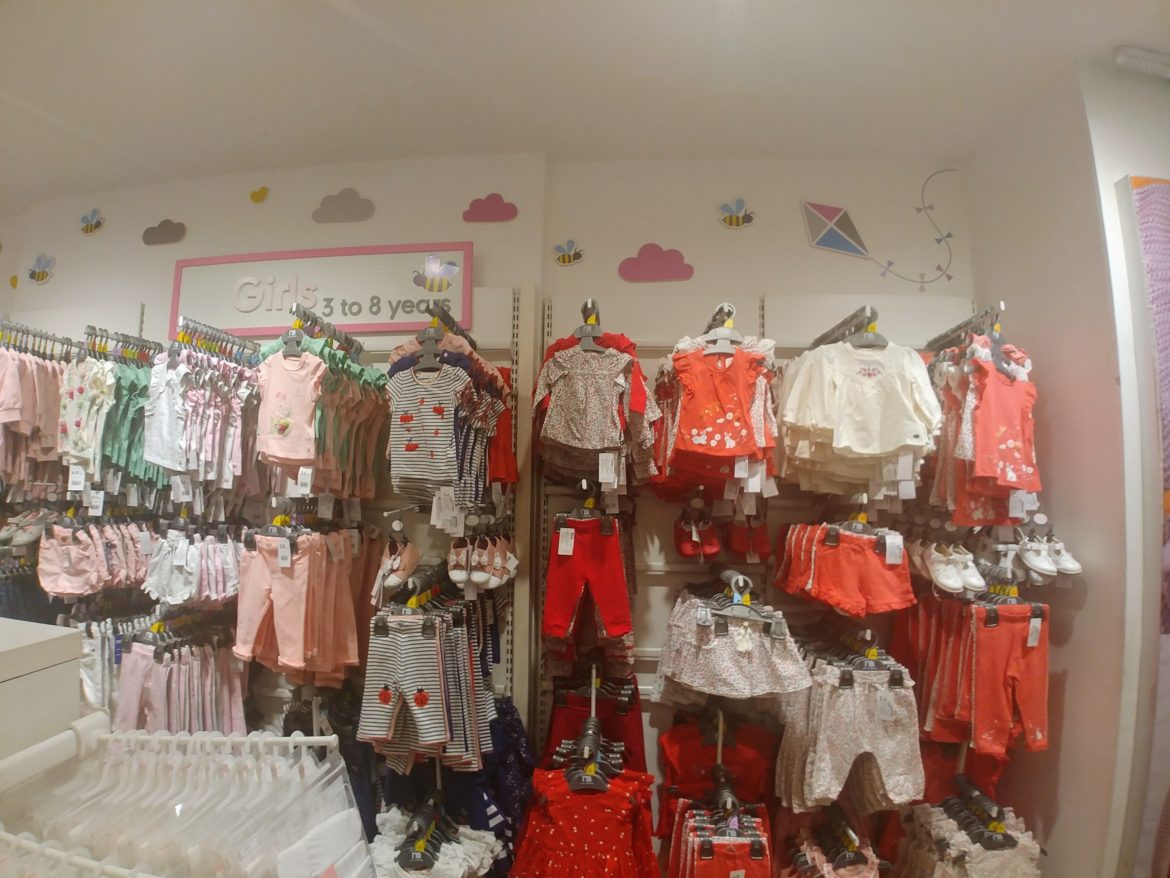 “It’s pink for girls and blue for boys.”

What else do we want our kids to know?

Gender stereotypes have been making some waves on social media platforms, online forums, and news in the recent past. However, how well do you know about it? According to the researchers at Stanford University, parents and teachers unknowingly promote gender stereotypes. It is hardwired in our subconscious minds and we end up ingraining it into the minds of our own kids. It continues way up forward across all spheres of the society and phases of our kid’s life. Numerous studies in the past couple of decades have proven that it is not biology, but the family, relatives, friends, society, and media that activate gender-based ideas in the delicate minds of the little ones. Such impressions influence the personality development of kids. Recent studies suggest that family dynamics have a significant impact on the perceptions developed by the kids regarding masculine and feminine traits.

It is shocking but true. Do not believe it?

Let’s have a look.

Stereotypes of clothes and toys

Tell me, don’t we end up buying a pink or red dress for a baby girl and blue or purple one for a baby boy almost every time? We might say to ourselves that this is what is available in the market. Ok, fair enough! What about toys? Think, how many times do we buy a car toy to gift to a baby girl and a doll for a baby boy? Never right? Dolls are always meant for the girls and toy cars for boys?

Have a look at the pictures below taken from the Kids’ Section of a store of a leading retail chain. 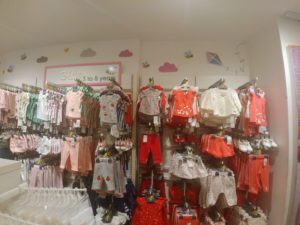 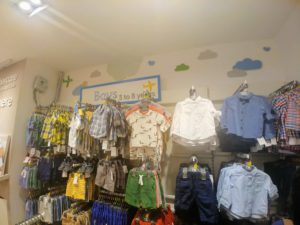 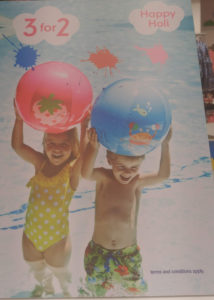 Gender stereotyping starts right from the beginning and we stay oblivious to it. It is demonstrated all over the shelves of the store and we unmindfully get into it. We actually don’t just buy a pink frock for the baby girl or a blue tee-shirt for the baby boy but are purchasing a gender-based thought processing and promoting it as well.

The display and type of toys are all colour coded with rigid boundaries representing blue for boys and pink for girls. Researchers believe that such division of toys based on gender is more prominent today than it was in 50 years ago. What is even more troubling to notice is that the even the large companies and global brands having market domination and holding great power to influence the consumer choices are also no different in respect of promoting gender-divide in toys. The study regarding the analysis of colour and type of toys marketed by a leading multi-international conglomerate catering to the children’s entertainment market suggests that such global brands unmindfully exhibit gender marketing of toys. The practice of dividing the toys based on their suitability for a boy or girl itself is a demonstration of gender stereotyping which needs to be fought back.

The fightback against gendered toys

Good girls should not talk loudly.

We grew up listening to such statements and sadly many of us enforce the same on our kids. Gender is among the early aspects of the social distinction that young children start to make. They learn to categorise others based on gender by associating different characteristics, attitude, and traits in the context of what is male and female. The environment and social settings provide the unseen forces to the children based on which they comprehend such ideas which impact their behaviour. Unfortunately, parents have stereotypical expectations form their kids and engage in gender-based differential treatments, sometimes deliberately and sometimes unknowingly. A key finding of the study published in the Journal of Adolescent Health suggests that the increased health risks of adolescents are the results of their behaviour which are rooted in the practice of enforced gender-based stereotypes and expectations. These fatal lifelong health risks often trigger at the onset of adolescence. It is necessary for adults to watch their words in daily routine as well as confront those who involuntarily promote and practice gender stereotypes in daily routine statements.

Comparing Prescriptive and Descriptive Gender Stereotypes About Children, Adults, and the Elderly

Parents’ Socialization of Gender in Children

The scenario is no different in primary and elementary schools either. Co-curricular activities and games are vital components of the modern education system. The games that children play have a deeper impact on their cognitive processing and subconscious minds influencing their social skills and intellectual level. It is sad but true that leisure activities and games for kids are also defined as per gender. Even video games and computer games have glaring components of gender stereotypes right from the kind of games meant for girls and boys to the clothing used in video games’ animations.

The curriculum of the schools and the content of the textbooks immensely influence the gender roles of students. The textbook as an academic material is of paramount importance for school going students. Furthermore, the meanings of the content of the textbooks are interpreted and conveyed to students by the teachers while embossing their own personal ideas on the minds of children. The gender stereotypical ideas can be observed in the contents of school textbooks too. The portrayal of such ideas while engaging, interacting, and teaching students greatly impacts their academic performance and achievements. Kids exhibit what they pick and learn from their surroundings. Right from choosing seats in classrooms to games, talks, and leisure activities in elementary schools demonstrates gender labels. Studies clearly indicate that gender stereotypes regarding intellectual abilities emerge at an early stage of life and influence the interests of the children. School-going students are yet in their formative stage and such daily encounters play a crucial role] in shaping up their views and personality that they hold on to for their entire life.

“How good are you in math?” The effect of gender stereotypes on students’ recollection of their school marks

We are exposing our kids to the immense emotional and cognitive burden which they are not supposed to deal with. In this regard, the media has played the role of a facilitator. The sexism in child’s media has been proven to lead to damaging effects on the personalities of the kids. Based on the content analysis of the Indian television advertisements, researchers assert that even the commercials aimed specifically for children are gender stereotypical in nature in which gender is portrayed in association with the activities and products. Such commercial adverts impact the social behaviour of the children. With few exceptions, most of the Indian television advertisements directed towards children show boys in outdoor or away from home settings, engaged with sports, and playing aggressive roles whereas girls are portrayed to be associated with passive activities and games, within the settings of house, and exhibiting a socially accepted behaviour. Apart from advertisements, the content of the children’s television shows, online games, and movies also consist of gender-specific segregation.

Princess with long hair and a beautiful gown.

Prince is always brave and saves the princess.

Such story narratives in children movies are nothing new. A leading global company in the children’s entertainments industry is one prime example of promoting such gender stereotypical behaviour and body esteem through the portrayal of its several movies, characters, and products. Television programs have become an integral part of everyday lifestyle. There is gender stereotyping and an endorsement in television shows as well. What is alarming about these sources of entertainment is that kids are exposed to them at an age where they are most receptive to the influence of their environment. Absorbing such ideas could end up in misleading conclusions and false assumptions. These aspects could have a harmful impact on children more than what we could think of. A misleading impression of gender and exposure to enforced expectations could hamper the career choices of kids, their self-esteem, self-worth, relationships, personalities, performance, and abilities. This is certainly worrisome and disturbing to acknowledge that collectively we are fostering an environment which is damaging the capabilities of our kids to reach their full potentials in life. We need to take care of them for which it is imperative for us to understand the hidden threats that we are unknowingly exposing our kids to.

Why Gender Stereotypes In Kids’ Shows Are A REALLY Big Deal

What media teach kids about gender can have lasting effects, report says

Imagine, your child being locked in a fancy pink or blue box. That box could be approved by everybody but it’s still a box, an encasement after all. The thought itself is suffocating. Isn’t it?

Perhaps we are letting this to happen to our kids.

So let’s talk about it. Let’s break the gender stereotypes. It’s time to educate ourselves and take actions.

Watch out for your kids.